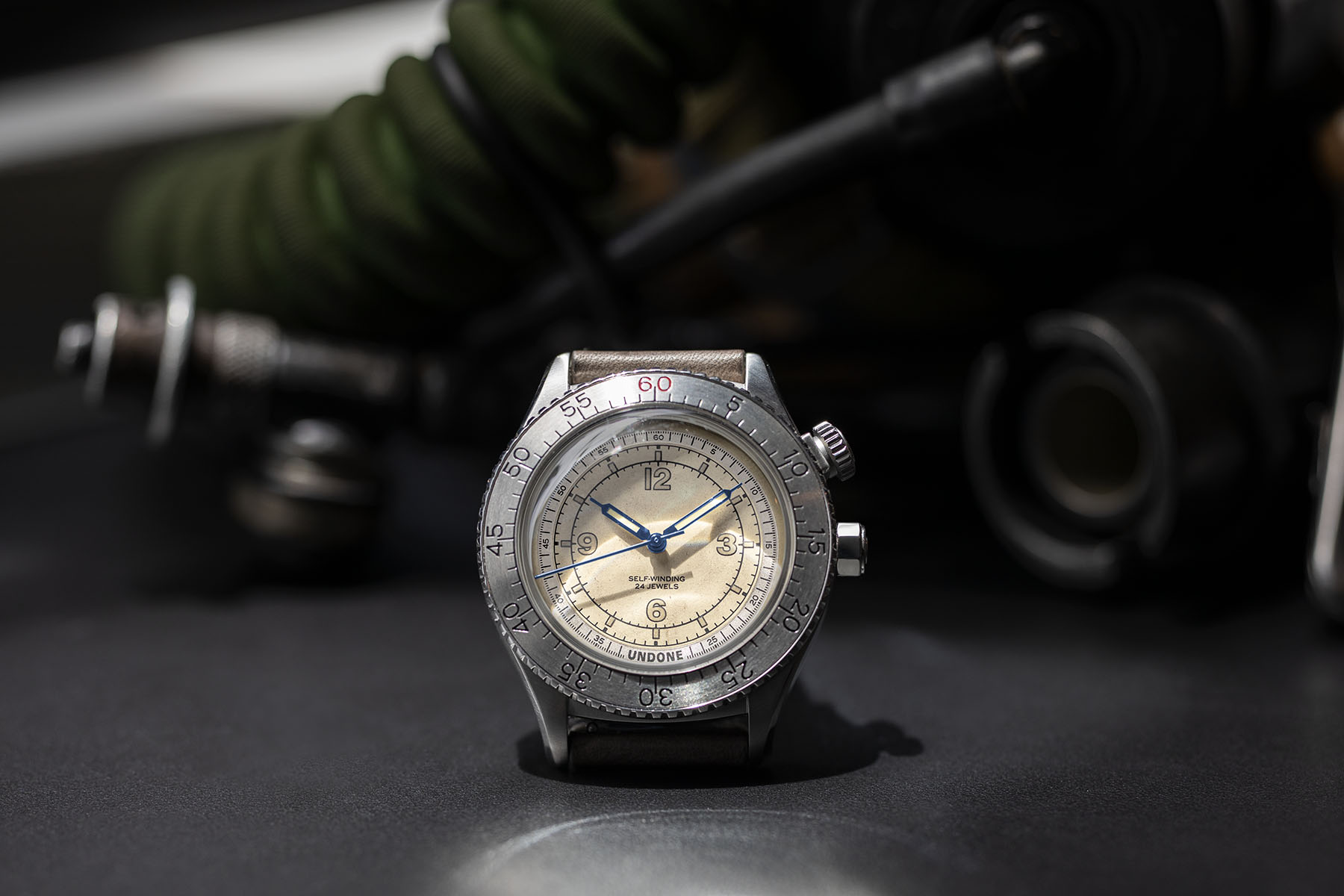 While it is assumed that the rotating bezel was invented for diving watches, it was in fact created as a navigation tool for aviation in the 1930’s by U.S. Navy officer Lieutenant Commander Philip Van Horn Weems. His invention was the Second-Setting Watch which added a rotating 60-seconds bezel which could be locked in place. The UNDONE Aero Scientific 1940 features the additional crown at 2 o’clock which functions as a bezel lock, it is designed to clamp down with just a twist of the crown. 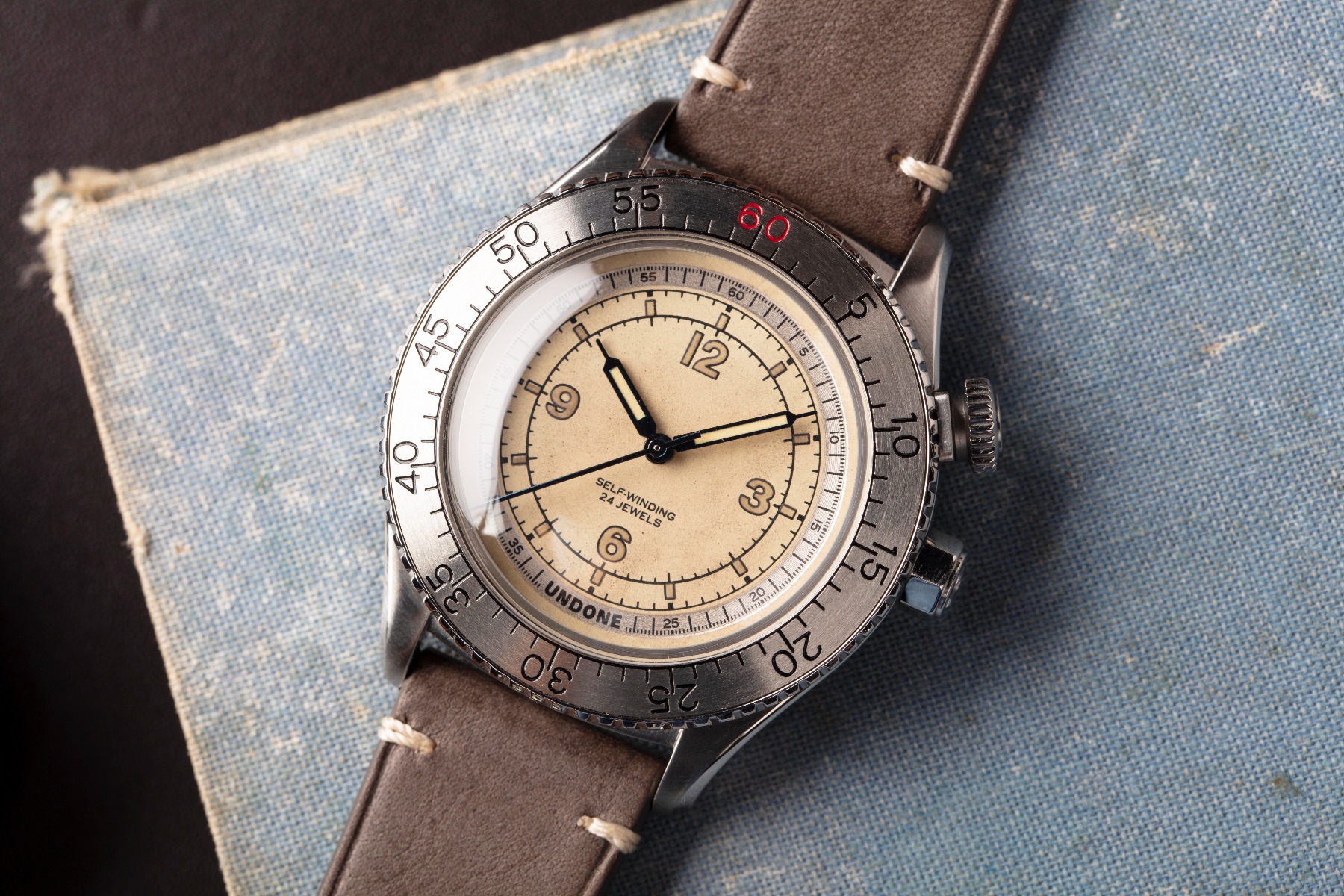 True to its vintage inspiration, the Aero Scientific 1940 features an exclusive aged dial for The Rake & Revolution which mimics the feel of patina appearing after many years of wear on the wrist. 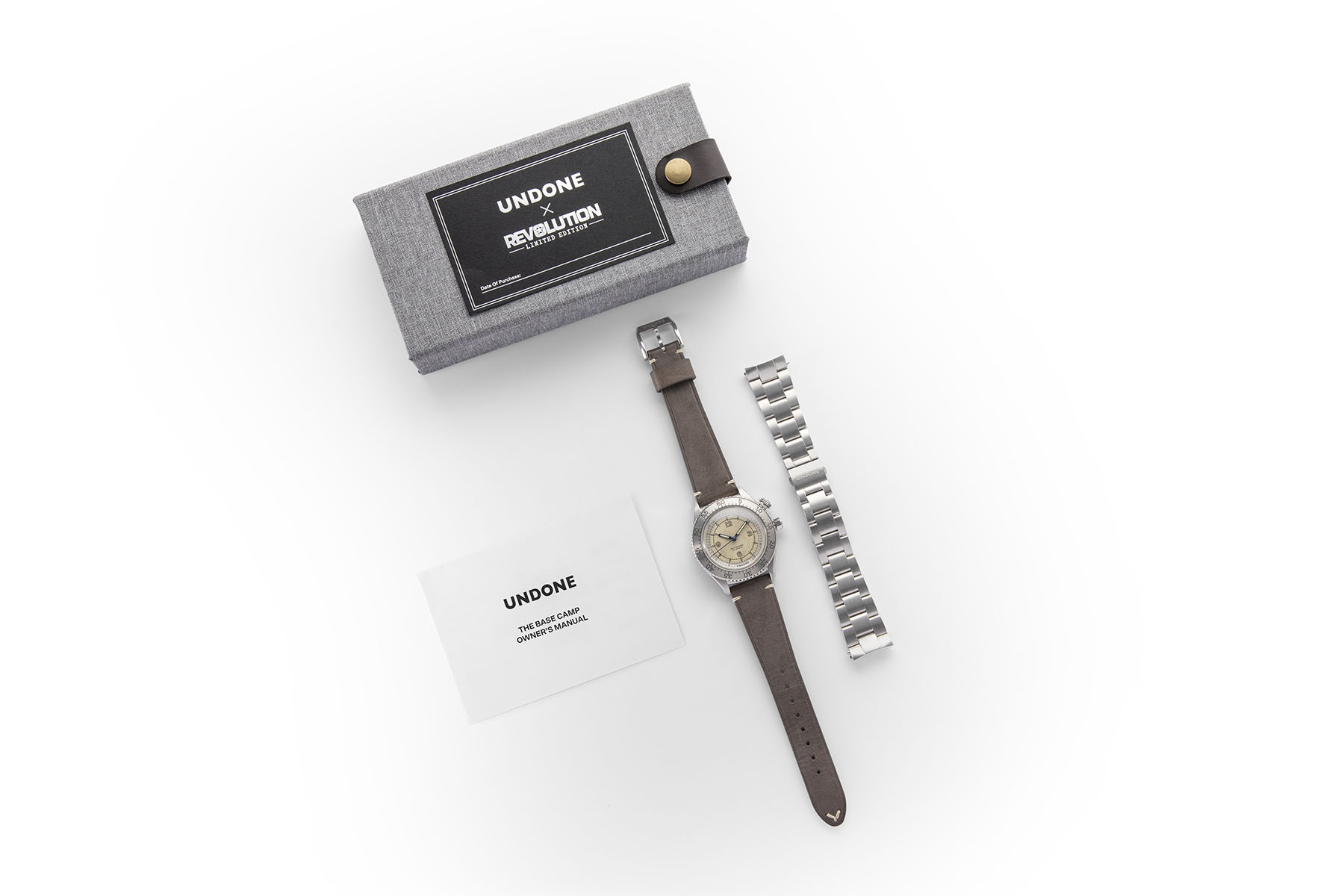 The UNDONE Aero Scientific 1940 with exclusive aged dial is a limited edition of 200 pieces. In our eternal pursuit of the best value for our readers, the watch comes with both a leather strap and a stainless steel bracelet.